Mistakes Count for More Than You Know 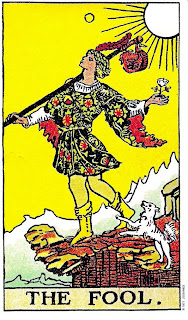 PROMPT: Write about a mistake made that turned out for the best.

I began this blog and the poem-a-day experiment with just the basic set of magnetic word and letter tiles. After only a week I started seeing a lot of the same words show up again and again. The wordie in me longed for greater variety! That's when I pointed my browser to the Magnetic Poetry website and ordered more.

What I meant to order was The Poet's Kit, Writers Remedy, Book Lover, Foodie and Bird Lover. But when the much-anticipated box arrived a few days later, Fatherhood appeared in place of Bird Lover. I dug from my files the receipt I printed at the time I ordered, fully expecting to find the supplier in error. But there it was, plain as day: Fatherhood.

I tried to think back to the day I placed the order. Did I have a last-minute attack of weirdness? I carry a lot of angst in the fatherhood department. I've written about it, but it's hard. It hurts a lot and doesn't seem to accomplish much. It ends up being way too personal and just sounds angry, which is probably because I am still angry over it. Did I think this might help me approach it in a new way? Or did the scroll wheel on my mouse simply change what I ordered when I wasn't paying attention?

Either way, I decided to keep the kit. I've learned mistakes happen sometimes for a reason, but still I unpacked this kit last. Somehow I just wasn't ready to get into those words. And when I did, I spent a couple days obsessing over how sappy they were. Yet each day when I came to my desk to write, I opened the box again and looked at a few more, until today, when I pulled them out and started to arrange and compose with them.

Last week after the new kits arrived, I bought some stuff to help me organize my new wealth of words for easy access. There's a cupcake tin for sorting the bigger words alphabetically and a cake pan with a snap-on lid for storing everything. I also bought a half-dozen or so personal-size pizza pans to separate out the prefixes and suffixes, along with all the "glue" words. I have pans for conjunctions, articles, helping verbs, prepositions--well, you get the idea.

There's also a pan where I tossed glue words I haven't organized yet. Among the words it holds are negatives--no, not and never. As I read the Fatherhood words I thought how they were not what I experienced, and I ended up writing the poem displayed in the post below this one, Not-Father. The process of working with the magnetic words helped me to stand back from my own experience and universalize it in a way that it wasn't just about me anymore. But it still holds the sense of loss I want to convey.

Writers--and people in all walks of life--need to pay close attention to their mistakes. Not because they necessarily need to "make up" for them or correct anything, but because the mistake may be the breadcrumb they follow to a new place. It may be the "new thing" that solves pollution or world hunger. Just think about the origins of post it notes, for goodness sake!

In Tarot--which I admittedly know next-to-nothing about--the Fool card is considered an advantageous one to draw. The image on the card is of a young man blithely walking along, a little dog at his heels, unaware of the cliff he is about to walk over.

Of course, this could be disastrous too. But if you always do what you've always done, you'll always get what you always got, right? I say try something new. Shake things up. Make a few really incredible mistakes.

If you get a poem out of it, so much the better.

Posted by Susan Clark Lawson at 12:52 PM No comments:


PROMPT: Magnetic word tiles selected on the basis of what appealed to me that day. (I have LOTS!) "Not" and what I could pair with it presented itself as a theme early in my selection process.
Posted by Susan Clark Lawson at 8:40 AM No comments: