Where does kindness come from?

I’m taking a break today from the “hit-and-miss” format to explore where kindness comes from, that is, its etymology. No, I promise this is not leading to a discussion of insects; that’s entomology (what a difference two letters can make!). Etymology is the study of the history of words, their derivations, where they came from and how they changed.

Most dictionaries contain hints of a word's history, but etymological dictionaries provide more detailed information. These, of course, vary in quality, too. I have a disintegrating copy of Chambers Dictionary of Etymology in my home library because it is relatively thorough, condensed (only 1,254 pages) and affordable, compared to the Unabridged Oxford English Dictionary (OED), which is hands-down the most exhaustive source. Most library reference sections stock either the encyclopedic set or the "compact," two-volume version that comes with a magnifying glass. Some libraries may offer an online version to cardholders, which can also be purchased for use on an individual computer.

As well as being a word buff, I am also a psychology buff, and those two interests intersect in the writings of the late Jungian psychiatrist Edward Edinger (a native Hoosier, I might add). His idea that a word’s etymology was its “unconscious” side is the only “bug” I want to put in your ear. Like digging up and learning about our own unconscious thoughts and desires, as well as the collective unconscious of the universe, knowing the derivation of a word can more deeply inform us about its true meaning and intention.

Yes, words have intention, because words have life. Why do you think writers write? Because their words, which may fall into stillness or silence at some point, come to life again and move when another reads or speaks them, and life is nothing if not motion. This is what it means when we speak of writing as making an author immortal.

In English, whenever one adds -ness to the end of the word, a more concrete descriptive word gets turned into not only a noun (person, place or thing) but also an abstraction. To explore the root of the concept and thus turn the idea back into something we can experience with our senses, we need to slice off the suffix and look at the history of the root, in this case the word kind. 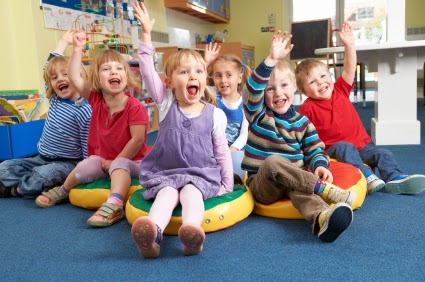 Without going back in history at all, kind is already a word in present-day German that hints at its derivation. Pronounced with a short rather than a long "i" sound, it is the German word for “child.” This is probably most familiar to us in the word kindergarten, which made its way into English straight from the German in the 1800s when the idea of a preschool class that resembled a "child’s garden" (the literal translation) developed.

That kind still means “child” in German tells us that our present-day concept of kindness is related somehow to qualities present in a child. Now you don’t have to be a parent to know that while children are quite natural and innocent beings mostly, instinctive until the world of adults teaches them to be otherwise, and often charming, they can also be tyrants. So we don’t want to rest too much of our argument on that relationship; just keep it in mind. I think it’s reasonable to conclude that kindness is meant to be natural and instinctive--that is, done with purity of motives and not calculated--and maybe even playful and done with the eagerness of a child undertaking a new adventure.

The German word for child, as well as the derivation of kindness, both go back to words in various languages related to kin, meaning family or tribe. It seems that to be kind to someone initially meant to have the same feelings toward them as toward a family member. The idea grew out of the original meaning of kind as “sort,” “class,” “race” or “variety.” Kindred—literally, relatives who advise or can read us—has the same history.

Of course I know families don’t always treat each other well. But even dysfunctional families (which in all honesty would be all of them, at least in some way) display characteristics of hanging together in more reliable (though not always helpful) ways than other groups in society. As a parent, it’s hard for me to imagine my daughter doing something I couldn’t forgive her for eventually; no matter what, she could always turn to me, she could always come home.

Some families carry this a bit further: Consider those parents who help their children flee the law when they're suspected of a crime. When I taught high school I witnessed parents who stood up for their children in appropriate and inappropriate ways; one told me the B grade I gave her son must have been my mistake because he was an A student! We only have to look back at the Romans and their ideas and practices within tribes to know the more things change, the more they stay the same. However, in my own family of origin, my parents were there to support me and protect me; but if I did something wrong, they made sure I owned up to it, took my (fair) punishment and did what I could to make amends. 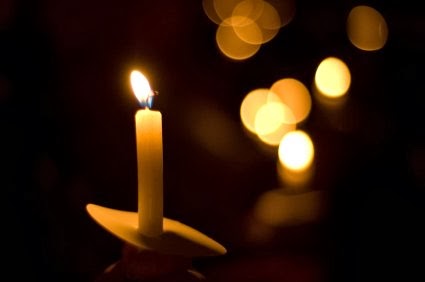 So what does all this "psychology" tell us about the real life of kindness? Definitely that it’s reliable and durable. But beyond that, perhaps that it wants a positive outcome for the recipient, even if that’s uncomfortable in the short term. Kindness, I think, focuses on the long haul. In modern-day lingo, it keeps its eye on the prize.

Also crossing the kind path in its etymology is the word kindle, whose origins are not as clear but may be related and, at least, seem so to me. Kindle originally was a noun and meant a candle or a torch—it is Scandinavian—but today we use it in English as a verb meaning “to light or set afire.” The noun form we use today, kindling, refers instead to the material we use to start a fire—rags, paper, sticks put in contact with a spark.

Whether or not etymology intends it, I think kindle and kindling are related to kindness. The standing by others we do, as if they were family, is a sort of torch, or sign, of what it is to be not merely human, but humane. It lights the way! Small acts of kindness are the rags, paper and sticks that get the blaze going. We may never know all who found warmth at the fire we kindled anymore than we always know the ramifications of the hurt we cause. For just as a fire warms, it also burns and consumes. The fire of kindness can get out of hand when motives are less than pure, less than instinctual, more contrived, more drawn from grand intentions, left untended, overfed.

In closing, please understand I don’t pretend to know anymore about kindness (or anything else) than any of you. I am searching, and etymology is one place I always look--a favorite stone I like to turn over, if you will; this post is what I think I found underneath about kindness. All my posts on kindness represent what Edinger and his predecessor Carl Jung would call "circumambulation," which, psychologically speaking, bears some relation to the folkloric tradition of drawing a magic circle. By going around and around a subject, we come closer to understanding it, and that knowledge acts as a sort of protection, insofar as it increases consciousness.

But what do you think? Did I go too far or in the wrong direction? Your comments, stories and opinions are always welcome in the comments section, as long as you, too, remember to be kind.

Posted by Susan Clark Lawson at 11:27 AM No comments: