Meanwhile, at MY pond... 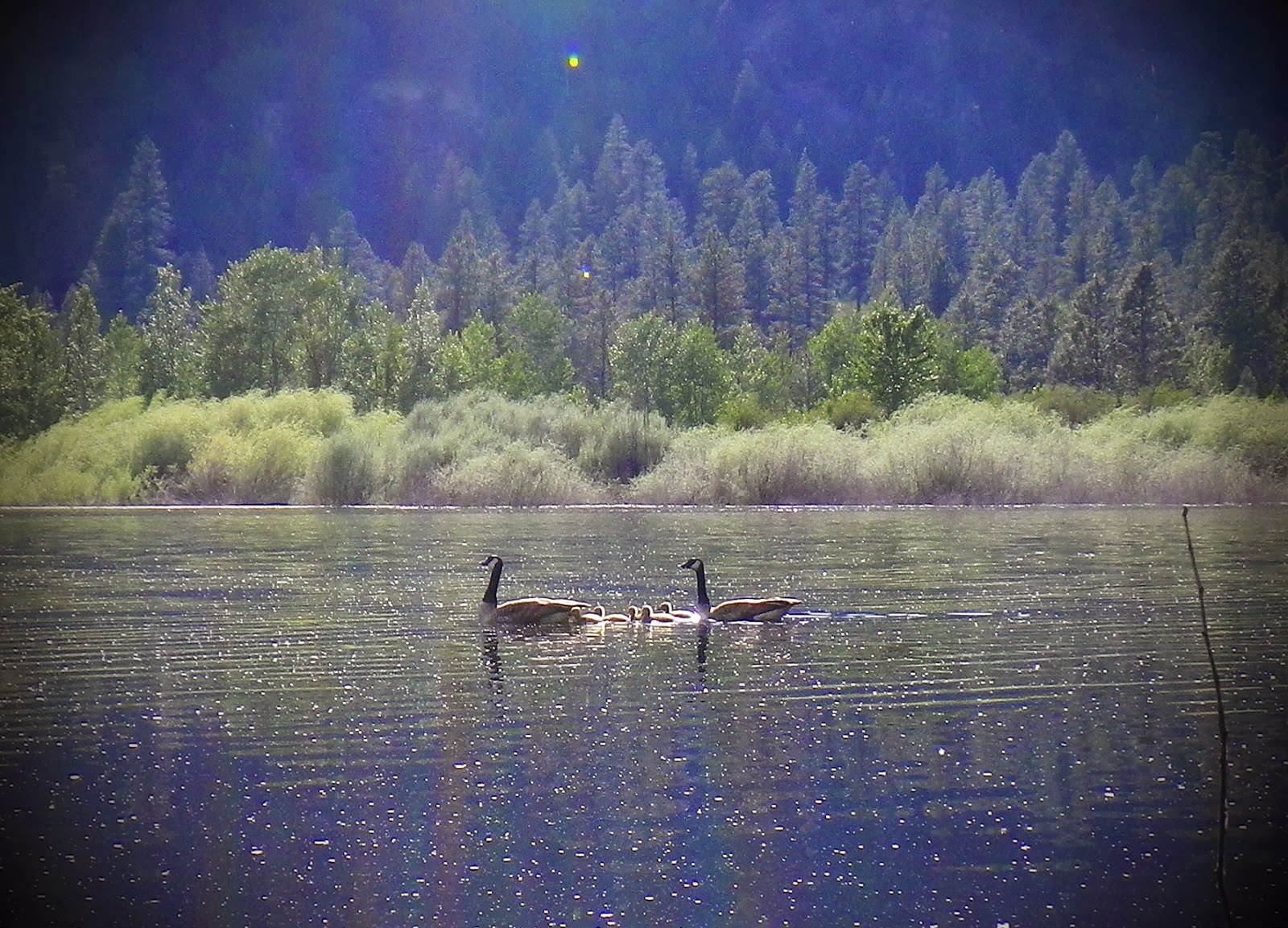 At writing group today we read together Mary Oliver's poem At the Pond (see below). Then I asked those present to write about a life experience or an observation of nature with a severity attached to it, as in the poem. I asked them to concentrate only on description and to stop without drawing conclusions.

When all had done so, I asked them to write as the beginning of their next sentence the phrase from the poem, "And this is what I think / everything is about..." Now, I said, draw your conclusion. What universal principal emerges from your experience or observation? Add it to your piece.

I think this prompt works best when the second part is a surprise. But you can do it on your own if you focus. What I wrote follows. I knew ahead of time I would write about this event, but the part that comes after--And this is what I think everything is about...--occured to me strictly in the moment.

The Cat that Didn't Get Away
by Susan Lawson

My daughter went south at spring break, as college students everywhere do every year. Her cat, Howie, was alone, except for my husband and I coming every other day to top off his food and water bowls.

But this wasn't enough for me. I wanted Howie to sleep over at our house. I already had two cats of my own who would most definitely NOT appreciate his company, but my mind was made up. My husband Chris tried to talk me out of it but, in the end, went along with me to keep the peace.

I knew Howie didn't like pet carriers, so I carried him in my arms down the stairs of the apartment building. Just as we reached ground level and exited the building, a motorcycle engine roared up in a parking lot on the other side of a thicket of trees, and Howie freaked.

Howie is a big boy--close to 20 pounds--and I couldn't control him, so Chris took him from me before he got loose, but he continued to squirm in Chris' stronger arms. "Run," Chris shouted, "and unlock the car before I lose him."

I ran on command, ran as I hadn't run in years and didn't think I still could, until I ran out of one of my shoes and fell forward onto the concrete in the parking lot. My left knee exploded in a hot rush of pain.

Chris had to hold onto Howie, so he could not help me up. In fact, he was so caught up in trying to hold onto Howie that he does not see me go down. And there were no bumpers close enough to grab onto for support. I willed myself up. I still don't know how. I still flinch recalling the pain of it.

That was the day life changed for me forever.

Another injury, after which the shots no longer work and my body will not tolerate the medication.

Five years pass before a new orthopedist finds an undetected foot fracture, probably from the initial fall, the foot now corroded with arthritis so severe the x-ray would frighten off a Halloween skeleton. Debilitating pain. A brace. Different medication, much of which does no good.

When I can stand the pain and the isolation no longer, more surgery. This time major, invasive and restrictive--fusion of three of the foot joints, four incisions, three screws, scraping of the arthritis, bone grafts and contouring. Four different casts. This is what my foot looks like now (the fourth screw is a much older injury): 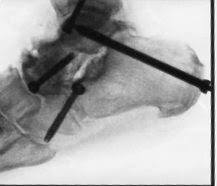 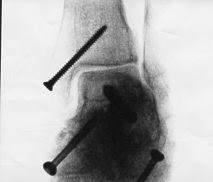 Seven years have passed from that day with the cat in the parking lot, and still I am not done with swelling and pain, wheelchairs and walkers, braces and canes.

And this is what I think everything is about...

Some outcomes rush toward us with such force we cannot escape them. Our very nature--the insistence of who we are and what we want--is what sends us tumbling down.

I say, "If only I hadn't insisted we bring Howie to our house."

But we did, and so here is where we are. Where I am.

I had a dream a full year before all this happened. I am in a wheelchair, and Chris wheels me to the entrance of what looks like an enormous, wondrous, endless spa. I know in the dream it is a place of expression that goes on and on and on.

And this is what I think everything is about...

I must put my own hands to the wheels and take my limitations in with me.


At the Pond
by Mary Oliver

would paddle to me
and clamber
up the marshy slope
and over my body,

peeping and staring—
such sweetness every day
which the grown ones watched,
for whatever reason,

serenely.
Not there, however, but here
is where the story begins.
Nature has many mysteries,

some of them severe.
Five of the young geese grew
heavy of chest and
bold of wing

while the sixth waited and waited
in its gauze-feathers, its body
that would not grow.
And then it was fall.

And this is what I think
everything is about:
the way
I was glad

for those five and two
that flew away,
and the way I hold in my heart the wingless one
that had to stay.

Posted by Susan Clark Lawson at 2:36 PM No comments: