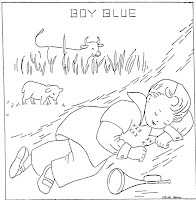 The sender line in my e-mail inbox was an address I didn’t recognize. Probably spam, I thought, or worse—porn spam.  I already burden my mail accounts with just about every control available, so how did that get through?
I clicked on the email haltingly, ever afraid of imploding viruses since that one time when something corrupted all my photo files then emailed itself to everyone in my address book. My husband, the computer guru, made me feel as if I’d had unprotected sex after that encounter. Never again, I swore; once bitten, twice shy—or so the saying goes.
But this email wasn’t spam or a virus. It was from my nephew’s wife—someone I’d never met. She’d been googling my name and found my website. She wanted to say thank you for something I’d sent her months ago—a sort of baby gift—and she hadn’t had time to write. No surprise there. She has two small children to keep her busy.
All this takes on a vastly different character when I explain that I haven’t had much contact with my family of origin for somewhere around five or six years even though my parents live only a few miles away. This lack hasn’t been for lack of trying on their part. I’m the guilty one here—I chose silence and separation. The reasons are many and complex, and I don’t want to discuss them anymore. The sympathies of others and, more particularly, their judgments are irrelevant.
Exceptions and Rules

My nephew has been the only occasional exception to the blackout, though I’m not really sure why. I sent him a gift built around a poem when his daughter was born four years ago. Then last year I sent the gift for his son, who was well on his way to his first birthday by the time I got a letter written and everything packaged up and mailed.  He named that son for his father—my brother—and what I sent him was a baby quilt my mother pieced and embroidered for that brother, her first child, while she awaited his birth.

I don’t know why my mother gave that quilt to me. At the time, I resisted taking it. Not because I didn’t like it, but because it didn’t belong with me. But she was cleaning out dresser drawers, I was there, and she insisted, “Take it,” pushing it into my arms.

The quilt is made of blocks of blue and white, with scenes from nursery rhymes embroidered in blue on the white squares, similar to the one pictured here. I think the motif is called “Little Boy Blue.” I didn’t really know what to do with it. My daughter was beyond the baby quilt stage by then but a long way from having any children of her own, and I saw no babies of any sort on the horizon for me. My brother's kids were still in school and single.
I suppose mom knew I’d take care of it, which I did. It lived those ensuing years zipped into a plastic blanket bag in my hall linen closet. When I got the birth announcement from my nephew, I took the quilt out and put it away any number of times. I knew now where it belonged. In fact, I’d always planned to send it to whichever one of my brother’s children had a son first, but I hesitated because of the letter I needed to write to send along with it.
Eventually I moved the quilt to a suitable mailing box. It sat on a shelf in my office, waiting, waiting for the letter. It was hard to explain my silence without putting innocent parties in the middle of disagreements with other family members. In truth, I’d hoped that my silence (after many attempts to discuss the issues had failed) would motivate the affected parties to understand how deeply the matters we disagreed over impacted me. I thought, perhaps, those who missed me might pressure others to reconcile. But people cling quite stubbornly to their ideas about others, as if they could force them to continue to carry their psychological baggage for them. Be who we insist you are! they seem to say. I tried that route. It nearly ruined me as a writer.
Finally, though, I wrote the letter and mailed the quilt. For months I heard nothing. I figured, oh well, so that’s that. I didn’t regret sending it. The quilt needed a proper home. Theirs was the right one, no matter what they thought of the letter or me.
Then the email came. I answered, she responded, I answered again, she responded again. Then my nephew wrote twice and I answered each time. Then he wrote his cousin, my daughter, and she answered.


With each exchange, more of who I am and what's behind my actions trickles out, little by little. I’m careful because I’m scared. What if I’m rejected or misunderstood—again? What if my feelings are shuffled aside—again? Can I take it? I don't know. It really hurts every time who I am and what matters to me is rejected.
A Misbegotten Legacy

One of the things my nephew and I discussed in our emails was an incident of teasing when he was 6. He said his sister and I ganged up on him and called him a name, over and over. Two things struck me: First of all, I was ashamed of myself. After later raising a child of my own, I understood how teasing children is seldom anything BUT destructive, in spite of how innocuous it seems at the time. Children internalize the frustration it creates differently.
I’ll never forget my young daughter sobbing uncontrollably because one of her uncles (my other brother) insisted her Minnie Mouse pictures and toys were really Mickey Mouse. She was distraught! Every time he visited he teased her along these lines. Every night after he left she cried herself to sleep.
Alongside that picture of her in my head is one of him as a child in a home movie, also sobbing, because one of his uncles took some string he was playing with and tangled it into a nest of knots, just to watch him cry. This is the brother (not my nephew’s father) who would later smack me around whenever my parent’s heads were turned or they were out of the house. It lasted until he got married and moved out. By then, I was a senior in college.
“It never happened,” my father told me when I tried to talk about why it was overlooked, “because I didn’t see it.” That, even though I was never silent about it. I dreamed once that dad looked straight at it and still claimed he saw nothing.
The other thing that struck me about what my nephew shared was that I didn’t remember it. Of course I remembered teasing him and his sister on more than one occasion; I just didn’t remember the specific details of the incident he mentioned. But I don’t doubt his recollection of it at all. He’s younger than me for one thing, and because it happened to him it carries a stronger emotional charge; his memory of it is bound to be clearer. And I felt that charge through the words he wrote. I felt his feelings about it. I know he spoke the truth. And I felt truly sad that I had hurt him and that it stuck with him all these years.
I apologized, and I meant it with every fiber of my being. He said it wasn’t a big deal. I said it was because we all go on repeating what isn’t pointed out, talked about, analyzed.

Further Along 'The Blind Side'
I have another uncle (the older brother of the string-tangler) who says he doesn’t remember molesting my mother when she was 8. Everyone wants me to shut up about it. Up until now, I didn’t believe he could have forgotten. Maybe, like me, he just forgot the particulars. It’s hard to believe he could wall off the rest completely, though my mother did for more than 70 years.
As lonely as it feels being the only one to keep harping on the truth, I believe in the importance of remembering—especially the unpleasant things. Anyone can and will remember the good stuff. But all our linens need air and sunshine and the touch of human skin, warm with the blood coursing beneath it. With this in mind, it really doesn't matter if our recollection of events differ; there is an emotional truth that is just as—or, more likely—more real, and that's the truth that bears response.
We strive to preserve obvious heirlooms—things—and pass them down, generation after generation. Who wouldn’t want a mother’s quilt stitched with care and love? But this other stuff—these hurts—well, we need to give them the airing they require now so they aren’t passed down. Little Boy (and Girl) Blue should remain only-ever-always just characters in a nursery rhyme.

Mom, if you ever read this, know that it was you who thrust upon me the role of keeper of the family memories, though neither of us knew then what that would ultimately mean or the toll it would take. But know that the quilt survived, and I delivered it to its rightful home.