Skies socked in clouds so bloated and gray they
looked like a week-old corpse.

Forty-mile-per-hour winds that made for
horizontal rain. It stung like a jealous friend.

And when the temperature kept falling,
snow peppered through

spooky flashes of sun.
All this in May, the month of flowers.

I wondered what it all meant for our life together.
An aunt told me luck

for we'd had a little bit of everything all day,
like my uncle and her.

I remember dogwoods through the window
clutching so tightly to their branches no petals were lost.

I remember cold outside but warm in:
Twenty years later: it's the same.

My aunt was right.

PROMPT: What's the most amazing weather you've ever experienced?
Posted by Susan Clark Lawson at 9:41 AM No comments:

Witness to the Fire:
Creativity and the Veil of Addiction 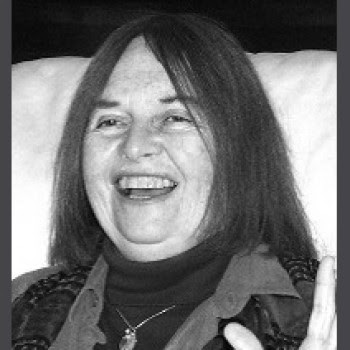 As someone who counsels others, you'd expect her to have a wealth of material from which to draw. But instead, she offers up herself as a flawed human being, who after being raised in an atmosphere of alcoholism and co-dependency eventually became an alcoholic, and then a recovering alcoholic. That sort of honesty and genuine connection must go a long way in a therapeutic relationship.

I've read a number of Leonard's books, and I like her "literary" approach to the discussion of psychological problems--probably because I'm a writer as well and a reader, and if you tell a good story, you'll get me hooked. But what drew me to this book after Wounded Woman and Meeting the Madwoman was its particular focus on the lives of several writers wrestling with various addictions, the works they wrote, and how the lives and works were linked.

There's a whole school of folks out there who think writers' lives are irrelevant to an evaluation of their works. And I agree, certainly, that the work must stand on its own. But, as a writer, I also know my life experiences, and how I feel about things feeds everything I write. So it intrigues me to "listen in on" what that might have been like for someone else.

In this case, we get a peek into the lives of Fyodor Dostoevsky, who had problems with gambling, money in general and love; Jean Rhys, who early on was addicted to love and later to alcohol; Eugene O'Neill and Jack London, both alcoholics, and more. If you haven't read these writers Leonard discusses, not to worry. She tells you everything you need to know to understand her assertions. But you'll find her discussions of their works so compelling you'll soon be searching out titles on Amazon or your library's online card catalog.

In my own life, psychology helped me discover a deeper understanding of how creativity works. For instance, that it ebbs and flows, like the tides, and feeling like I have nothing to write about (i.e., "writer's block") is often because I need to recharge or go within. But I also have a problem with my creative practice. The writer Deena Metzger said in a workshop I attended that what's most important for any writer to develop are "calluses on your ass." She said you need to go to your desk every day and be present to the possibilities of writing. Why has this been such a hard thing for me to do when logically I get it?

Leonard not only speaks to this question by noting similarities between writers and addicts, but she examines productive writers who also struggled with addictions and, thus, links the two again. It's like the age-old stereotype that all artists are crazy or weird. While many may be, many also are not. She differentiates but explains why, perhaps, such a stereotype ever developed:


The relationship between addiction and creativity, as I see it, is not causal. Rather, there is a parallel process occurring in the psyche of the addict and the creative person. Both descend into chaos, into the unknown underworld of the unconscious. Both are fascinated by what they find there. Both encounter death, pain, suffering. But the addict is pulled down, often without choice, and is held hostage by addiction; the creative person chooses to go down into that unknown realm, even though the choice may feel destined. Artists who are addicted have a "double descent"--the one of their addiction and the other of their creativity; their situation is compounded and complex, and they respond in different ways. Some creative artists descend with the help of drugs or alcohol and continue to create. And others continue their addictions to the early loss of their creativity and/or their lives. But once in the realm of the underworld mysteries, they must eventually choose to find form and meaning from the chaos and to return to life and society....Many addicts fear they will lose their creativity if they give up the drinks or drugs, romance or power, that they feel takes them to the creative source. Of these, many who hold onto their addictions die an early death or find their creative spring has gone dry or soured. In contrast, many recovering addicts, after enough healing time has passed, find new energy and open spaces in themselves for a creative life. Both need to know there is a way down and back from the creative depths without recourse to addiction.

I also like Leonard's technique of creating archetypal characters to illustrate the psychological concepts at work in the lives of the creative people she discusses. I recognized some of them in myself and some in people I've known, just as you will. There's the gambler, the outlaw, the trickster, the madwoman, and the judge, to name just a few. Maybe, like me, you'll see that something of these characters in you gets hooked on something of these characters in someone else, and this is really what pulls you away from your writing.

"Every addict who recovers," Leonard writes, "chooses life and makes this existential choice daily." This hooks up nicely with the Metzger adage. It's that daily choice that's at the heart of getting somewhere with your writing. The results may or may not look like success as the world defines it, but the important thing is what you know.

Posted by Susan Clark Lawson at 9:13 AM No comments: