The writing bug bit me in the fourth grade at Hendy Avenue Elementary School in Elmira, NY, when I wrote and starred in my first play.

My authorial and stage debut before my classmates was a response to my teacher casting only blue-eyed students in the class play. Starting then, I always told people I wanted to write a novel.

Since then I've worked my way all around that goal as a newspaper and magazine journalist, a high school English teacher and publications adviser, a graphic designer, a business communicator and a speaker.

Each experience has helped me see the world from a different angle but through the same discriminating pair of brown eyes that helped me redefine teacher-student relations on my own terms in grade school.

The novel is in progress.

In 2005 I completed Amherst Writers & Artists training for writing group leaders and am part of the Amherst Affiliate Network. My workshops, which follow Amherst practices, are a popular "sell-out" at many central Indiana libraries and other venues.

I was born in western Pennsylvania and partly raised in the Finger Lakes region of upstate New York, which I visit whenever I can--in person, in dreams or via my pen.

A Hoosier since age 13, I hold a bachelor's degree in journalism and English from Butler University in Indianapolis, where I've also done graduate work. My husband Chris and I live in Greenwood (suburban Indianapolis) with an energetic tabby cat named Maisie.

My fiction, poems and prompts have appeared on the website Words Dance and in the literary journal Peregrine. Nonfiction work has appeared in Indianapolis Monthly, the Indianapolis Star and various regional and trade publications. I was also profile author for Indianapolis: Leading the Way (Towery: 2000).

For more than a decade I was active in the International Association of Business Communicators and served in leadership roles at local, regional and international levels. I earned IABC's accredited business communicator designation (ABC) in 1993, and in 1998 IABC/Indy named me its "Communicator of the Year."

I've also served on the boards of Fresh Start of Indiana and the Central Indiana Friends of Jung and on PR/marketing committees for the Indiana Coalition Against Domestic Violence, Storytelling Arts of Indiana, the Indiana Arthritis Foundation and the National Glaucoma Foundation.

How I Came to Lead Writing Groups
In my search for a supportive writing community I encountered a number of "read-and-critique" writing groups set up in one of two ways: 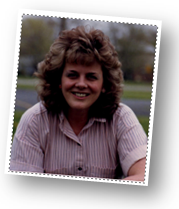 Some groups were well-moderated, while others weren't moderated at all, making it easy for one or two people to monopolize meeting time. Discussion often lacked substance, and it was my sense that most people--including me!--didn't know how to provide useful feedback.

At the same time, I was struggling with writer's block and didn't always have something to share. I needed a format that would help me loosen up and start writing again.

During that time I attended a workshop led by a writer I admired, Deena Metzger, in western Massachusetts. At my B&B breakfast table I met a woman who'd once been Deena's student in California but now lived in nearby Amherst. She suggested I look for an Amherst-style group, and when I replied, "What's that?" she directed me to Pat Schneider's book, Writing Alone and With Others.

After devouring Pat's book, I contacted AWA to see if it had any groups in central Indiana. The answer was, "Unfortunately, no," but staff easily convinced me I could remedy that situation myself. I signed up for leadership training that May and by summer had two groups of my own meeting. 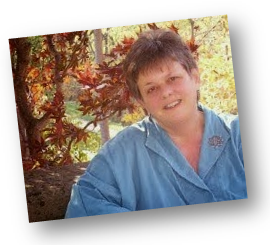 Today, writing with others and helping them open up new rooms within themselves shares center stage in my life with my own writing.

Investing in AWA's training was the single best thing I've done for myself EVER, with the exception of choosing my life partner. It got me writing again consistently, helped me get out onto paper the things that were blocking me, and re-visioned for me what I could contribute to the lives of others.