Write a Novel in a Month?
Meet Someone Who Did!

Julianna Thibodeaux won’t be one of the 100,000 or so people powering up their computers come 12:01 a.m. this Sunday when National Novel Writing Month gets under way. But she’s done it twice before, in 2008 and 2007, and recommends the process.

“There’s nothing like a deadline to keep you working,” she says. “When I first sat down I wasn’t really sure what the novel was going to be about. But the time pressure actually freed me to let my unconscious dictate that.” 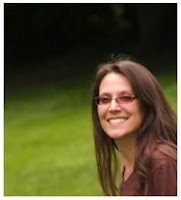 National Novel Writing Month—NaNoWriMo for short—commences Nov. 1 and has grown from fewer than two dozen participants in 1999 to more than 119, 000 in 2008. Of course, not everyone who starts out to write a minimum 50,000 words and submit them to the organization’s online counter finishes and gets the completion certificate. A mere six made it the first year, but the numbers neared 22,000 in 2008.

Thibodeaux, who’s a freelance journalist, art critic and aspiring poet and novelist, has taken up residence in both camps. In 2007 she finished her NaNoWriMo novel—working title “The Mother’s Room”—and got the certificate. But the following year she had too much else happening and didn’t make it. She’s still working on both books, though, and continued to polish her ’07 effort as part of graduate studies in interdisciplinary art at  ,
She says she began the process by figuring out how many words she had to average a day to finish in 30 days. That number is either 1,666 and you come out 20 words short or 1,667 and you come out 10 words over. “Eventually I lagged behind and had to write 2,000 and 3,000 words a day to finish.”
But finish she did, and the product she ended up with wasn’t something she would ever have suspected she’d write. “I was far more playful than I would have been if I’d just sat down to write a novel with clear intentions as far as a plot, which is kind of ironic because of the pressure,” she confesses. “But I didn’t have time to over-think it. Once that plot line emerged it gave me lots of places to go, and who I am as a person and writer funneled into that.”
The way in, though, was unexpected. “A feminist murder mystery? No, I never thought I’d write anything like that,” she laughs. “Murder mysteries aren’t something I typically read either.” And the book she started in 2008 is different still—a young boy whose own gender identity is just emerging as his father’s takes a sudden turn.
Several of Thibodeaux’s graduate advisers and a writer-friend have since given her suggestions about the first novel. “And I’m finding that the revision process is much harder than writing—obviously, since two years later I’m still polishing.” Her next step is to use this polished manuscript to find an agent and then, with an agent’s help, a publisher.

Nearly 40 past participants already have published their NaNoWriMo works, according to the website, which puts the odds somewhere around 1 in 2000. And as much as the event has grown in popularity over the years, it has its detractors as well. Back-to-back with a feature promoting the contest last year, National Public Radio carried an interview with an established writer who suggested the world didn’t need anymore bad novels, that most of what gets written in NaNoWriMo should never be written at all and will never—thankfully, he added—see the light of day.
But Thibodeaux disagrees. “Plenty of bad novels get written without NaNoWriMo, that’s for sure. But I don’t think there’s ever anything inherently bad that comes from the creative process at work in a person. People have all kinds of different intentions when they write. Some people are just interested in expressing themselves, while others may only want to be the next best-selling sensation and will do whatever it takes to get there. And, of course, there are many variations. To say some way of writing is destructive and bad is irresponsible.”
Instructions for joining in the ’09 contest can be found at www.nanowrimo.org. Basically it’s 50,000 words uploaded by midnight Monday, Nov. 30, after which, as Thibodeaux attests, the real work has just begun. But how long is 50,000 words? The website says it's equivalent to a short novel, and you can, of course, write more. Maybe trying to put your head around the daily average makes more sense—1,667 words. Well, if this article counted toward my NaNoWriMo quota for the day, I’d be about 47 percent of the way there.
Can you finish? You’ll never know unless you start. Good luck!

Posted by Susan Clark Lawson at 2:27 PM No comments: